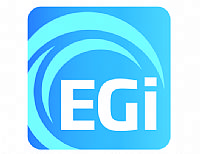 Robert Pinkus & Co. are delighted to announce that they have beaten off stiff competition for the 5th year running to be named as one of the Most Active Agents in Lancashire & Cumbria 2013.

The company achieved second place, picking up the award from The Estates Gazette, the property industry’s leading publication. The award is for completing the highest number of lettings and sales in the last 12 months across Lancashire & Cumbria. Robert Pinkus & Co. previously won the title in 2009 & 2011 and were runners up in 2010 and 2012.

Danny Pinkus, Partner at Robert Pinkus & Co. said, “We are thrilled to be placed for the fifth consecutive year as we are up against some tough competition across two counties and pleased to receive industry recognition for all our hard work over the past 12 months. Congratulations to the rest of the winners.”