We are delighted to announce that we have beaten off the competition to be named the top ‘Most Active Agent’ in Lancashire & Cumbria 2017.

The accolade was awarded by Estates Gazette, the property industry’s leading national trade publication. The award is for completing the highest number of lettings, sales and acqusitions in the past 12 months across Lancashire & Cumbria. We have been placed first or second in the competition for 9 years consecutively.

Mark Harrison, surveyor has also been named the Most Active Dealmaker in Lancashire & Cumbria 2017. He said, “I am really pleased to have received this award which I think is testament to the strength of the market within the region. We are experiencing an improvement in most sectors now which has resulted in a considerable amount of speculative development being carried out by our clients, reflecting this improved confidence from both occupiers, funders and developers. We hope and expect the market to continue in the same direction throughout 2017 and beyond.” 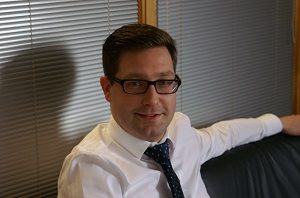 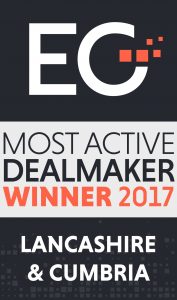